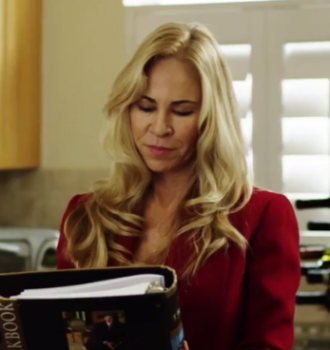 When Sherri was just 15 and living in Hollywood, Florida with her family, one of her therapist mother's patients called the house in serious crisis and threatening suicide. Young Sherri kept the client on the phone for two and a half hours until her mother returned home. Sherri channeled this natural ability to calmly help people find solutions into a career where she can really make a difference in other's lives. She believes there are only two types of law where being an attorney is a positive thing in other people’s life - facilitating the adoption of a child and working with people to restructure their lives financially.

"It is always my goal to help my clients reach the best possible outcome."

Sherri graduated from the University of Miami School of Law in Coral Gables. There she served on the Inter-American Law Review, where she proved herself to be as much a formidable writer as an excellent communicator. During the summers, Sherri clerked for then circuit court Judge David Gersten (now an appellate judge for the Florida Third District Court of Appeals), and the Miami Strike Force (a division of the United States Attorney's Office) - prestigious positions for any young law school student. While studying full lime, she also worked, running the Kaplan-SMH Bar Review program on the U.M. campus, which taught people to study and pass the bar exam to practice law. After graduation, she ran the program for the Southern Region of the United States and Puerto Rico, creating a lot of the material for the study program and many of the lesson plans, she even created her own tutoring program so that people who had difficulties passing the Florida Bar could and would pass.